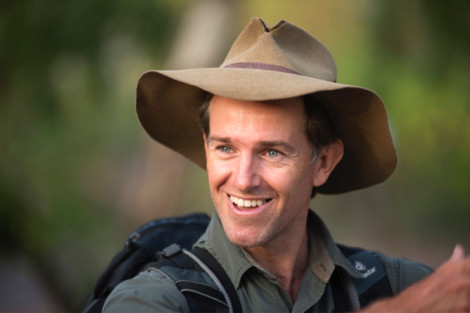 Our specialist bird guide, Luke Paterson, finds guests their target species and experiences using 19 years of local guiding expertise in the region. Luke Paterson is one of Australia’s best bird guides and is based in Darwin, Northern Territory. Luke has built his reputation and industry experience by guiding exceptional tours in remote outback Northern Territory, Western Australia (Kimberley Region) and Sri Lanka.

Luke’s knowledge of the natural and cultural environments of these areas is immense. Luke’s attention to detail and amazing ability to spot wildlife has earned him a reputation for having ‘hawk-eyes’. Guests and past employees commend his professionalism, reliability and great company on tour. Having met and worked with so many people, Luke is highly adaptable and exceptionally deliver his work in ways that suit everyone’s needs, whether it be bird and wildlife guiding or ecotourism and research advisory service provision.

Luke loves a challenge and will not give up looking for birds easily. One of his favourite birds is the Gouldian Finch. They will win any birder over, sometimes seen in flocks of over 1,200. We can’t promise this sighting but when it does happen, it’s marvellous!!

Luke’s passion for birds and wildlife developed as a child, with his grandparents and during family camping trips around Victoria in Australia’s southeast. After graduating with a Diploma in Natural Resource Management, Luke flew the coop northwest to Broome. Luke spent a year at the magnificent Roebuck Bay, employed as the Assistant Warden at the Birds Australia Broome Bird Observatory. He led bird watching tours and assisted in the capture, banding and research of various bird species (mist and cannon netting). This is how Luke developed his sharp identification skills for shorebirds.

Luke’s next move was a one-way migration to Darwin, where he has based himself as a naturalist guide since 2001. Luke’s services are engaged for fauna surveys in northern Australia, as well as tours guide training, ecotourism services, birding & wildlife expos and events, filming and photography projects and more.
Spending countless hours exploring and sharing the bush with others has only made his passion for birds and wildlife grow stronger. Luke’s wildlife photography collection is extensive. Luke’s images are featured throughout this site.